PROSE
My Own Special “Summer of Love” by Bill Cushing
Dawn Robin by Dawn Robin English
Invasion of the Painted Ladies by Emily Fernandez
Berkeley Drive by Tom Laichas
​Murmur by Sharmagne Leland-St. John
Invisible to Myself by Radomir Vojtech Luza
Underwater by Roshan Zoe Moazed
Sundaughters by Roshan Zoe Moazed
A Room of my Own by Toni Mosley
The Boy and His Bird by Elliott Negrin
Bronte by Toti O’Brien    ​
My Father’s Scream by Toti O’Brien
Getting lost is scary by Dean Okamura
The Imaginary Ring by Bill Ratner
The Heavens Wept for Us by Thelma T. Reyna
Moment by Thelma T. Reyna
Mysteries, I by Lauren Tyler-Rickon
Going to Church by R.S. Rocha

*DUE TO THE CORONAVIRUS PANDEMIC AND HEALTH RECOMMENTATIONS BY THE CITY, COUNTY AND STATE, THERE WILL BE NO PICK-UP OF BOOKS UNTIL THE ALTADENA LIBRARY RE-OPENS AND IT IS SAFE. IF YOU ORDER FOR PICK-UP, YOU WILL HAVE TO WAIT AN UNDETERMINED AMOUNT OF TIME UNTIL IT IS SAFE TO PICK UP YOUR BOOKS. WE RECOMMEND THAT YOU ORDER WITH SHIPPING.
​
ALTADENA LITERARY REVIEW 2020 - MULTI-COPIES - ORDERS WITH SHIPPING: 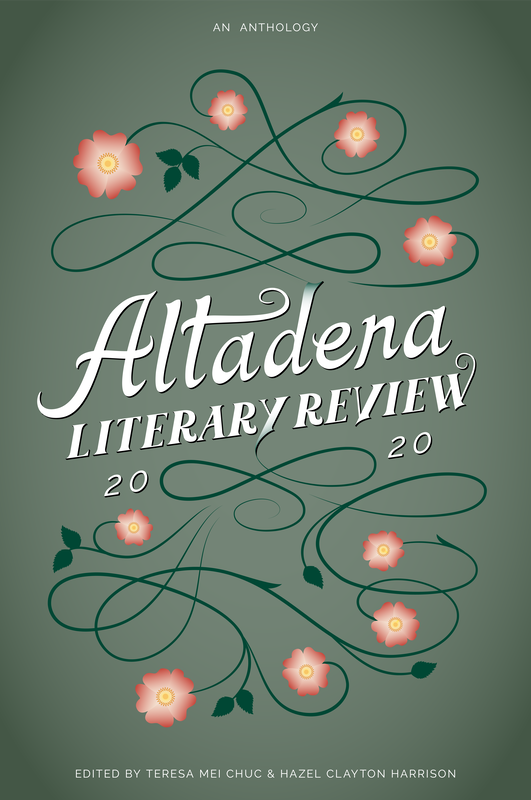 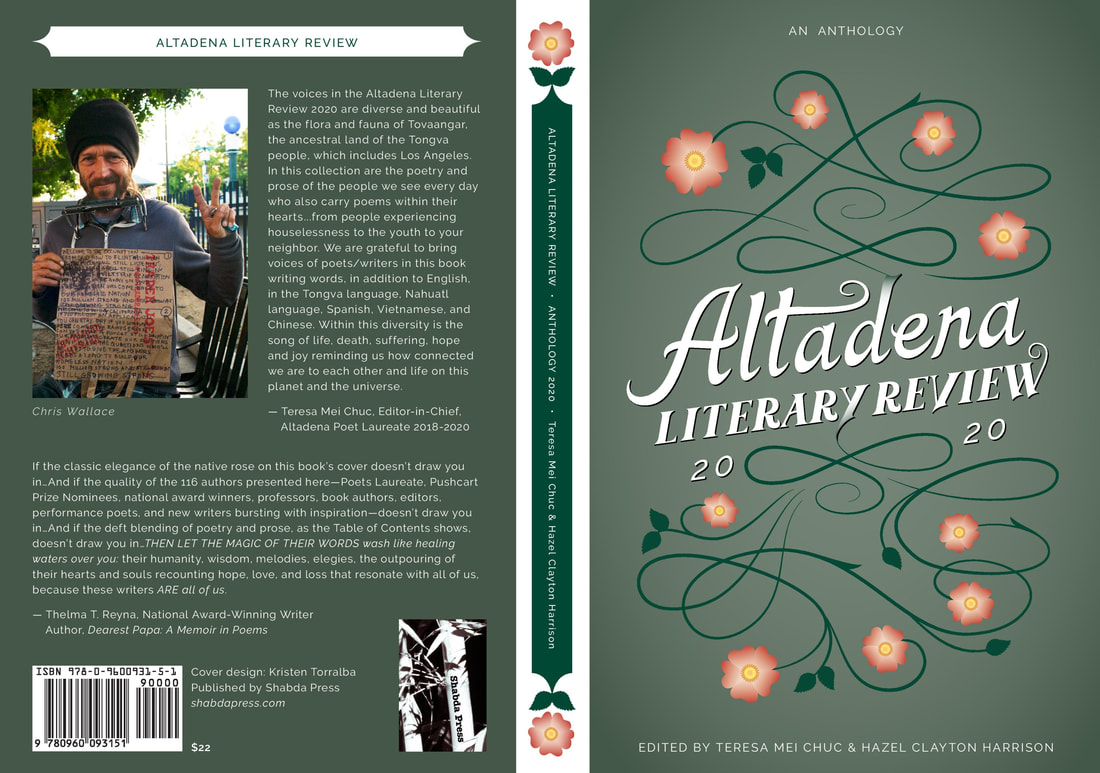