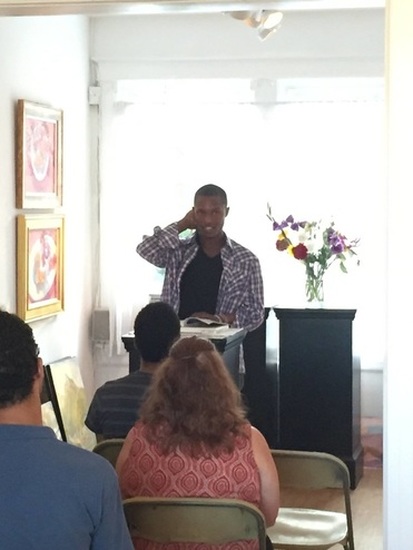 Nahshon Cook, author of THE KILLING FIELDS and OTHER POEMS (Shabda Press, 2015), reading at Wohlfarth Gallery in Washington, D.C. on July 11, 2015
​Nahshon Cook is a poet from Denver, Colorado. His poems have appeared in publications including Nepantla, Rhino and Split This Rock. His most recent collection The Killing Fields And Other Poems was published in March 2015 by Shabda Press. 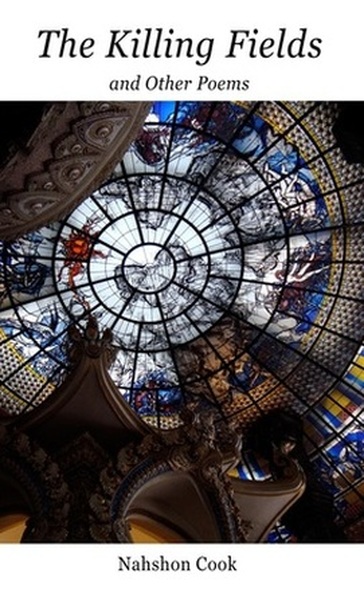 ​​ When did you know that you would be a poet and how did you become a poet?

​I’d just gotten a new book from the used bookstore. It was a collection of interviews with five highly acclaimed contemporary American poets a that time. The book had been published in the seventies. Before each interview was one of the poet’s poems, none of which I understood. That aside, I thought it very beautiful how the poets answered the interviewers questions and I wanted to do that: respond beautifully with words. And so my apprenticeship in poetry began. I was seventeen years old.


You have done a lot of traveling. How does traveling to other parts of the country or world affect you and your writing?
​
Travel has taught me that sometimes you only have a few words. And that familiar language in unfamiliar places is a friend. That’s how travel has affected my writing: it’s taught me to figure out what I’m trying to say and to say it as clearly as possible.


What inspired you to write the poems in The Killing Fields?
​
I didn’t want to forget the experience. I’m more at home writing poems than I am taking pictures.


How long did it take you to write the book?
Almost four years.


Can you please tell us about the title of your book and why you chose this title?
​
The Killing Fields is the name of one of the poems in the collection. The poem is made up of four vignettes describing a plot of land in Cambodia were people were taken to deleted from consciousness by the Khmer Rouge. Fighting to end or avoid the undesirable is each footstep of our journey in this life. Now that plot of land a Buddhist shrine commemorating those whose bones were found buried there in mass graves after the genocide ended. I chose The Killing Fields as the title because war is what people are good at. The book is a study of bravery in battle and of victory and defeat.


What new writing projects are you currently working on?

​I’m working on a new bouquet of poems called Communion. It’s about trying to understand how being in love works and what trying to stay in love means as the relationship matures. Here’s a piece from the collection:

fell away
and you

I began
to see 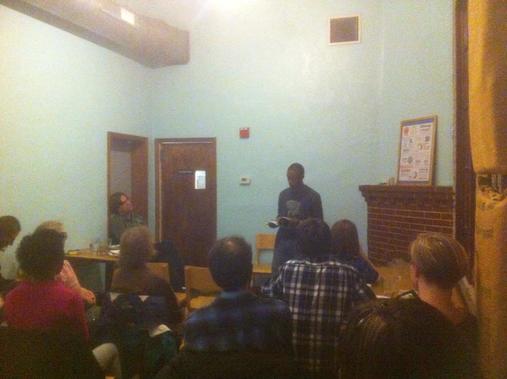 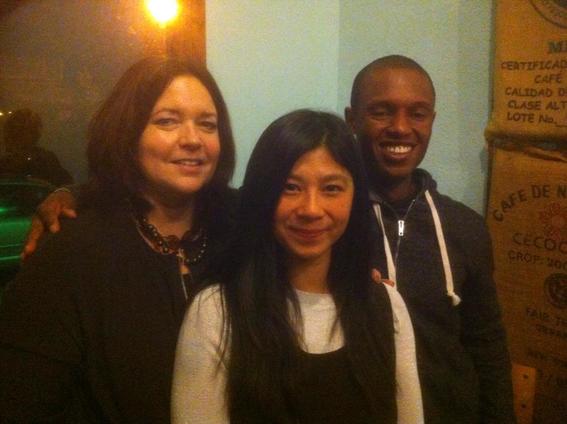