Metamorphosis ​by Joan I. Siegel 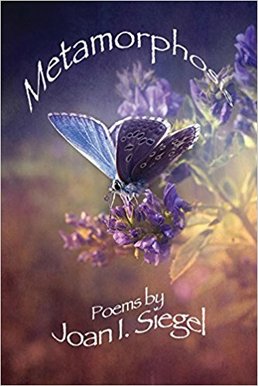 ​Order Metamorphosis by Joan I. Siegel on Amazon.com

"The gods and their myths have nothing on our human lives. Aging, attending failing parents, watching a child grow, a season change, a relationship falter, or the stars spin away from us--all of life is metamorphosis. With spare, delicate language and sometimes startling metaphors, Siegel takes the pulse of living creatures, even the smallest, delves inside the atom, and spins out to the galaxies. Death and loss permeate these poems and lead to somber reflection, but the poet resists despair. Against so many losses, Siegel celebrates what is found--a blue heron, music of Bach and Chopin, the child abandoned in a railway station, the gift that makes her a mother. This is a poet who can forge beauty from mortality, like the dying hummingbird, 'its wings singing / fiercely as the heart / in its splintered cage.'" --Mary Makofske, author of Traction (Ashland, 2011)

"Whatever her subject matter, Siegel beckons the reader to explore the vast world of nature and the human heart." --Ronald Spatz (Editor, Alaska Quartery Review)

​The Fourth River by Joan I. Siegel 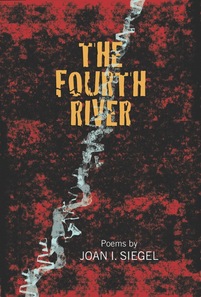 Purchase the book on Amazon or Barnes and Noble

Author bio:
Author of Hyacinth for the Soul (Deerbrook Editions, 2009), A Passing (Deerbrook Editions, 2014),
Light at Point Reyes (Shabda Press, 2012) as well as co-author of Peach Girl: Poems for a Chinese Daughter
(Grayson Books 2002), Joan I. Siegel is recipient of Poetry Quarterly's Rebecca Lard Award, New Letters
Poetry Award and the Anna Davidson Rosenberg Prize. A finalist for the  Pablo Neruda Prize, she has published widely in journals and anthologies. Siegel lives in the lower Hudson Valley of New York State. Emerita Professor of English at SUNY/Orange, she volunteers at a local no-kill animal shelter, tends to 10 rescued cats, plants a summer garden and watches it grow.


“Whatever her subject matter Joan Siegal, like the best of poets, admits us into her passionately contained vision of the world. In The Fourth River she explores origins and returns with beautiful simplicity.” —Diane Wakoski

“The touching poems in Joan Siegel’s The Fourth River are moments of life and loss in which “even the wind catches fire.” Reflecting the fragility of memory and of time itself, they flow with inexorable capacity of the heart’s meanders and gravity.” —Ronald Spatz, Editor, Alaska Quarterly Review

"Time is palpable in Joan Siegel’s book The Fourth River; it moves and flows through each poem, taking the reader forward and backward in chronology, imagining an existence in which the speaker’s father can be both boy and man simultaneously. This book is a collection of time: anniversaries—first twenty then thirty—and birthdays and units of measure. In “This Birthday” time is both solid and malleable: “You rooted first/then traveled alone/the treacherous journey,/making way for me later.” Perhaps the best definition of time can be found in the poet’s own words: “Time ends in the gold/throat of lily sipping/a last drought of sun.” In Siegel’s work, time is a golden atmosphere—tactile, pulsing, and flowing liquid as rivers." --Andrea Spofford, Editor, Zone 3 Press 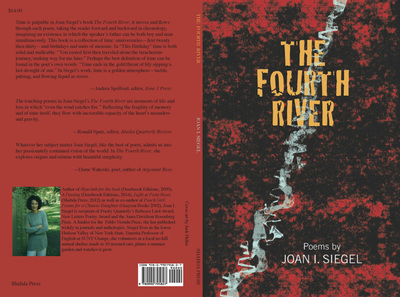 Light at Point Reyes by Joan I. Siegel 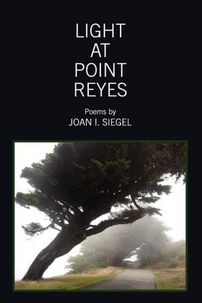 Author bio:  Author of HYACINTH FOR THE SOUL and co-author of PEACH GIRL: POEMS FOR A CHINESE DAUGHTER, Joan I. Siegel received the New Letters Poetry Prize and Anna Davidson Rosenberg Award. A finalist for The Poetry Foundation’s Emily Dickinson First Poetry Book Award and Nimrod’s Pablo Neruda Prize, she lives in New York’s Hudson Valley with her husband, daughter and cats.

Order Light at Point Reyes by Joan I. Siegel on Amazon or Barnes and Noble

"Subdued beauty surrounds the reader from the first breath of Joan Siegel's new book, Light at Point Reyes. If there is a Golden Mean, then Siegel has found it,balancing a realistic vision of a starving, brutal, torn world, and the exquisite joy that comes with small recognitions provided by art and human love. In these poems, I felt the power of Wordsworth, the silky lyricism of Debussy, and the centered presence of an artist, like Georgia O'Keeffe."  -- Diane Wakoski, author of Argonaut Rose

"William Faulkner’s assertion that “The past is never dead. It’s not even past” is the leitmotif of Joan Siegel’s Light at Point Reyes. The ghosts of remembered family, landscapes, and selves inhabit these poems in which the speaker looks back over a life of kindnesses and cruelties, comforts and heartbreaks, losses and discoveries. The tone is elegiac, the vision unclouded by nostalgia or sentimentality.  And in each poem, Siegel’s musical background seems evident in her impeccable use of sound, rhythm, and pace. Throughout this collection, there echoes “the heart’s metronome, keeping time.” --William Trowbridge

"Although quiet and elegant on their surfaces, Joan Siegel's poems do not shrink from exposing the subtle fractures in a family, mining genealogy for its griefs as much as its joys. This exploration opens into the larger world by allowing interpenetration of memory and imagination, familiarity and foreignness. It is a strategy that pays off in poems that stick with me long after I've closed the book." --Chase Twichell

"Joan Siegel is a poet of rare delicacy and restless observation. Light at Point Reyes conjures up H.D., Wallace Stevens, William Carlos Williams and Emily Dickinson, but at the end of the day, Siegel’s voice haunts our minds and the shape memory of each song enraptures." --Djelloul Marbrook/Stan & Wick Poetry Prize Recipient
Powered by