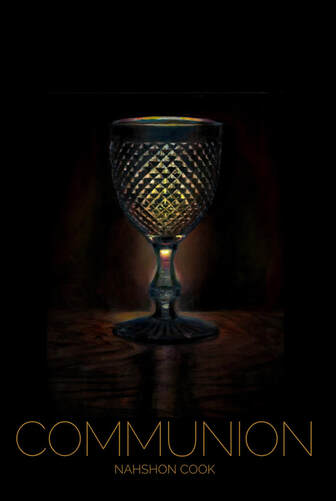 Cover art by T.M. Davy
​
"Nashon Cook’s Communion reads like the most delicate, deepest delving into the mysteries of existence: love and sex, hate and violence, life and death in a transcendent interweaving that can leave one crying and smiling all at the same timeless time. This book evokes for me the mystical poetry of the ancient Sufi poets Rumi, Hafiz, and Lala in which body/spirit are one, where the language of sensual love becomes the language of the holy fire and mystical communion outside any church or condemnation of a man who feels passion for other men as the I-narrator does. Herein also unfolds an exploration of various kinds of love, including friendship and mother-son connection. Like the Sufi poets, Nashon Cook whirls until his words become a whirlwind of naked poetry drawing the reader’s heart into a similar ecstatic dance. Poetry doesn’t get any better than that." --Susan Deer Cloud

"In poems plainspoken and lovely, Nahshon Cook tells the human story: our need for one another and the many ways we hurt and heal, together and alone. History, joy, faith, death, revelation – Communion takes them all on with an understated grace, often through conversation, the human voice itself in relationship, in love. “by the time/I finish a poem//being alive/makes sense,” the poet tells us. That’s how I felt reading this moving collection." -- Sarah Browning, Director of Split This Rock and author of Whiskey in the Garden of Eden
"In Communion, Nahshon Cook “enters the silence of the sanctuary”, a place made wholly by body and mind, meditation and action. Observant in all meanings of that word, these poems rely on the watchful eye and response of their narrator, a black gay man in the American West, where split-second decisions have devastating impact, where a new relationship hangs in the nave of past and future.  Soft-spoken and self-assured short lines and long columns are these poems’ form and hymn, a long conversation – or is it lamentation? with a congregation of sinners, sanctified, the dead and undead, dreams, and ultimately wonder, gratitude, and care." --Valerie Wallace, editor with RHINO and author of The Dictators’ Guide to Good Housekeeping 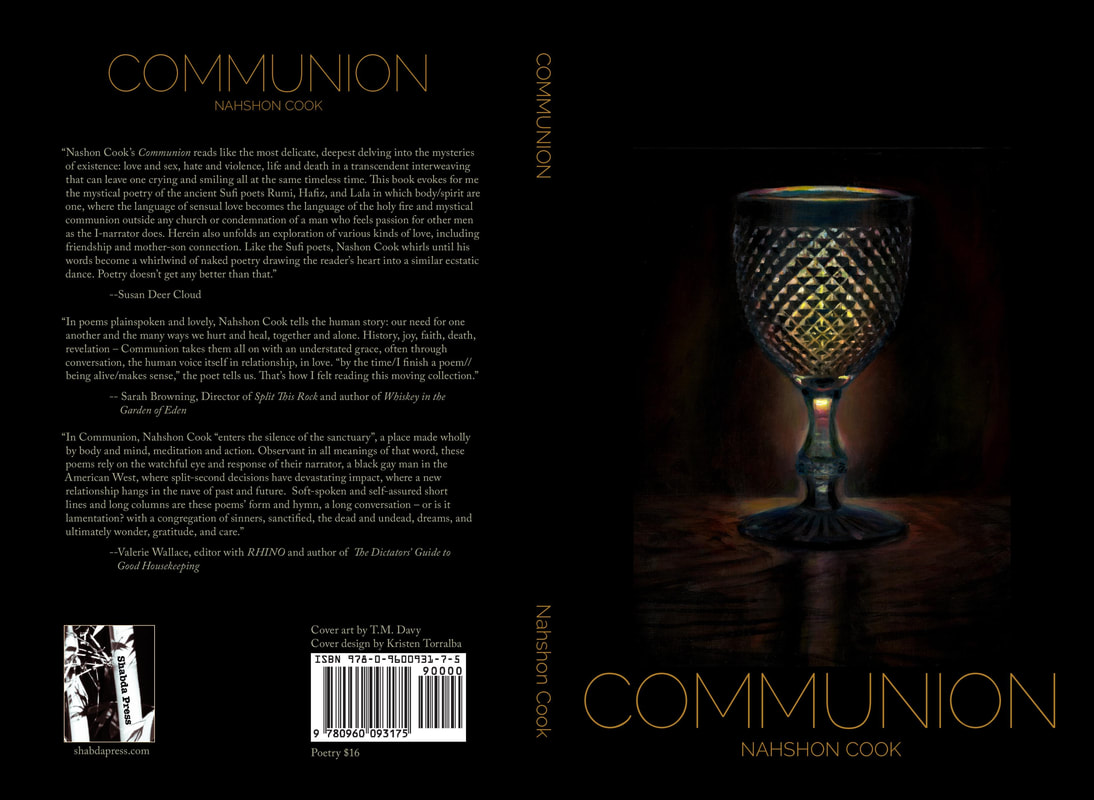 ​
​The Killing Fields and Other Poems by Nahshon Cook 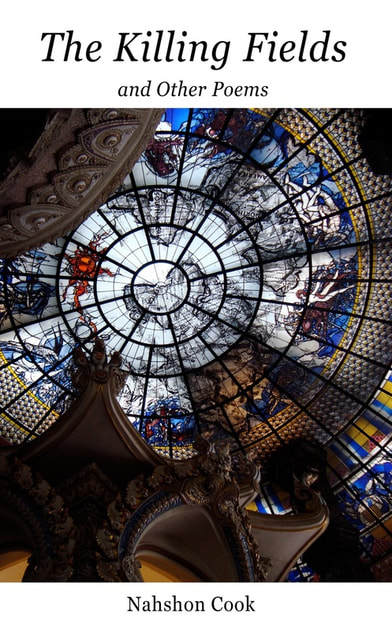 "Nahshon Cook’s The Killing Fields is a magnificent map of poems. These powerful and quiet poems lead us on a poetic journey through Cambodia, China, Nepal, Thailand, and America. They also beckon us toward an interior human journey. We meet lepers and angels, dancers and lovers, monks and mothers. These intricately crafted poems are both the road and the signposts. They map a way of compassion that observes and hopes. On the nights you can’t pray, just take out this book. These poems will point you in the right direction."  -- Joseph Ross, author of Gospel of Dust and Meeting Bone Man

"Nahshon Cook's poetry is heart wrenching but beautiful.  To read his words is to be lifted from your luxuries and comforts by the talons of a hawk and dropped into a valley full of mirrors where you must face your own humanity and absence of it each time you turn around."  -- Jason Hardung, author of The Names of Lost Things and The Broken and the Damned
Powered by